June 22, 2019
Hello, the last week was really busy for me. Because I had a lot of personal stuff to take care of, I sometimes struggled to work as much as I should (that's the reason, why I am a day late with the blog post), but in the end, I think, I managed. Last week I planed to implement the outro, test the game, fix all the bugs I find and prepare to merge the supernova engines into one. I managed to complete everything I wanted, but I not only prepared the engines for the merge, I actually managed to merge them. The merge is not finished yet, I still have to do a lot of refactoring, testing and fixing bugs I made when merging the engines, but the games can be played on the single engine and they seem to work.

So the plan for next week is to mainly finish the merge. After that, there is not much left to do, so I will work on enhancing the translation.

Right now, we are able to load custom images from a .dat file that are in .pbm format, which is a simple format with only two colors per image. This format is enough to save for example newspaper images like this one: 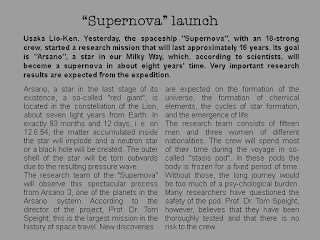 But there are images in the second game that should be translated, for which only two colors aren't enough, like this one: 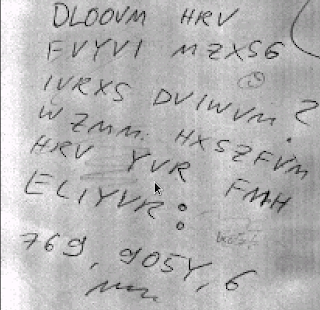 which is in grayscale and with only two colors, I don't think I can get it much better then this: 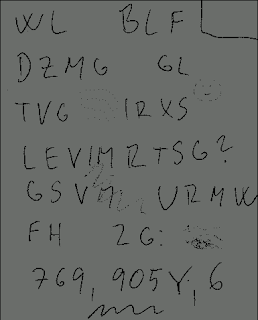 Another problem with images is, that the engine uses a format of images, that contain "sections", that are rendered on top of each other, so we right now have no way to translate this:

Because in this room, you have to push the right letters to write a password. After a letter is pushed, it is highlighted and that is done by rendering different sections of the image.

So the task after I finish the merge will be figuring out and implementing a way to load custom images similar to the original ones (containing sections and a color palette).

July 29, 2019
Hello, last week I have been making some finishing touches to the TTS project. I improved voice mapping in the Mortvile Manor game, because I used to use pitch values from the original game to map the characters to different voices. That would mean for example that if a user has only 3 female voices available, both female characters would map to the same voice. So I added an array of voice indices, so the voices map as evenly as possible. I improved TTS in GUI, but that still needs some more work. But the biggest addition to the TTS actually isn't from me, because Criezy implemented TTS for Mac OS, which I couldn't do (I don't own a Mac).

August 06, 2019
Hello readers, since the last blog post, the TTS project slowly but surely neared it's end. I added OSD message and GUI tooltip reading. We added the possibility to choose what should happen if the TTS gets request to read a message while another message is being read. So it can be added to a queue, it can just be ignored, or it can interrupt the current speech and get read instead (more actions, which depend on the first message in queue are possible). Before only interrupting the currently read message and reading the new one instead was possible. Me and Criezy (who implemented the macOS part) understood some actions differently, so right now the INTERRUPT_NO_REPEAT action, which will interrupt the current speech and delete the speech queue only if the new message is different than the currently spoken message behaves differently on Windows and Linux (it interrupts and deletes the queue if the last message in queue is different, not the currently spoken one.) Once I reimplement …
Read more